In order to effectively combat Daesh/ISIS it is important to understand the nature of the organisation: What is it? What are its aims and objectives? What are its motivations? By Evan Tyner

Daesh originated as an independent entity following a split with its parent organisation, Al Qaeda during the Syrian Civil War. Originally operating under the guise of Jabhat al Nusra (which remains an Al Qaeda affiliate), current Nusra and Al Qaeda leaders Abu Mohammad al-Julani and Ayman al-Zawahiri rejected a merger in 2013 that would have united Al Qaeda, Nusra and ISI (Islamic State in Iraq). Daesh became a successful Wahhabi Salafist splinter group under the leadership of Abu Bakr al-Baghdadi, quickly overtaking its parent organisation in terms of territorial control, fighters and resources. Headquartered in Ar-Raqqah, Syria, Daesh now controls swathes of territory in Syria and Iraq, ruling over up to 11 million people. Its expansion has continued to exploit ungoverned spaces in zones of turmoil ranging from Yemen to the Horn of Africa and the Sahel.

What is the structure of Daesh?

Unlike Al Qaeda in the 2000s, Daesh does not operate as a network. Daesh requires territory and natural resources to function. As such, despite official rhetoric refusing to use the word, Daesh is a proto-state, not an underground organisation. It governs with a mixture of fear and intimidation and popular support, financing its operations as well as public services through taxation, natural resources (oil and gas especially), hostage taking, extortion, the selling of cultural artefacts etc. Often overlooked, but essential to the structure of Daesh, is its strategic set-up. Daesh is not a random band of barbaric ideologues as many believe. The core structure of the command is made up of Baathist technocrats, many deriving from the security apparatus of the Saddam Hussein regime and well versed in creating and maintaining organs of state power.

The tactics of Daesh

The use of brutal and seemingly wanton violence by Daesh (including beheadings, crucifixions, torture, amputation, burning people alive… etc) forms part of a deliberate strategy of command and control. Daesh’s eclipse of Al Qaeda has in part been due to the oxygen of publicity. The name ISIS/ISIL/IS/Daesh has become synonymous with terror, effectively outbidding other, comparatively moderate, rivals in the market. This brand name has both inspired proxies and affiliates to grow and other groups around the world to jump on the bandwagon, making Daesh both a state-like entity and an international ideological movement with significant support – an unprecedented phenomenon. In terms of ideology the concept of the 'grey zone' seems to be a fundamental piece in Daesh's thinking. According to Daesh, the 'grey zone' is 'what lay between belief and unbelief, good and evil, the righteous and the damned' - or, in other words, eliminating the 'grey zone' is about creating new divisions in the world with the aim to establish a 'black-and-white worldview'.

The aims of Daesh

Daesh’s aspirations may be far more modest than many posit. Visions of a global caliphate and the decline and fall of the West to the armies of Islam is more propagandistic and aspirational than representative of Daesh’s actual aims. In reality Daesh is an opportunist movement. It appears in the voids and power vacuums left by extraneous conflicts. From these previously ungoverned spaces Daesh consolidates its presence and expands until it meets resistance. It has been especially successful at exploiting lawlessness in Iraq and Syria, where it governs a space larger than the United Kingdom. Currently Daesh is losing ground at an increasing pace in Syria. The recapture of Sinjar by Kurdish forces and the demise of key leaders and figureheads is encouraging it to strike beyond its borders, as exemplified in the Paris attacks. Daesh cannot reasonably assume continued exponential expansion given how stretched its resources are and the amount of enemies it is facing. Likely, Daesh will enter a consolidation phase and will remain content with its vast territorial gains and the continued use of Syria/Iraq (and increasing Yemen) as a springboard for ideological propagation and terrorist attacks throughout the world.

A longer version of this article was published as part of EIP's 'Extremism Watch' newsletter.

'Extremism Watch' is a new addition to EIP's regular news updates; the newsletter features succinct explainers, interviews with key experts and a curated selection of key books and articles. Click here to sign up. 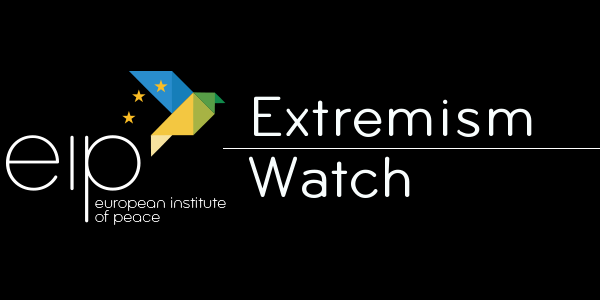 In memory of Hisham al-Hashimi

Israel’s Threat To Annex West Bank Territory: A Moment Of Reckoning For Europe